The popularity of this genre came with the release of the film “Hunger games“. Incredible fees in the box office showed that people like the theme of the battle for survival. Inspired by the film in 2012 a group of enthusiasts released a plugin for Minecraft servers: Hunger Games, which later became known as Survival Games. The game began in the center of the map, next to the chests, where the fastest players picked up the items first. During the game, players could search for equipment in other places throughout the map or destroy opponents. The match continued until the last living character. 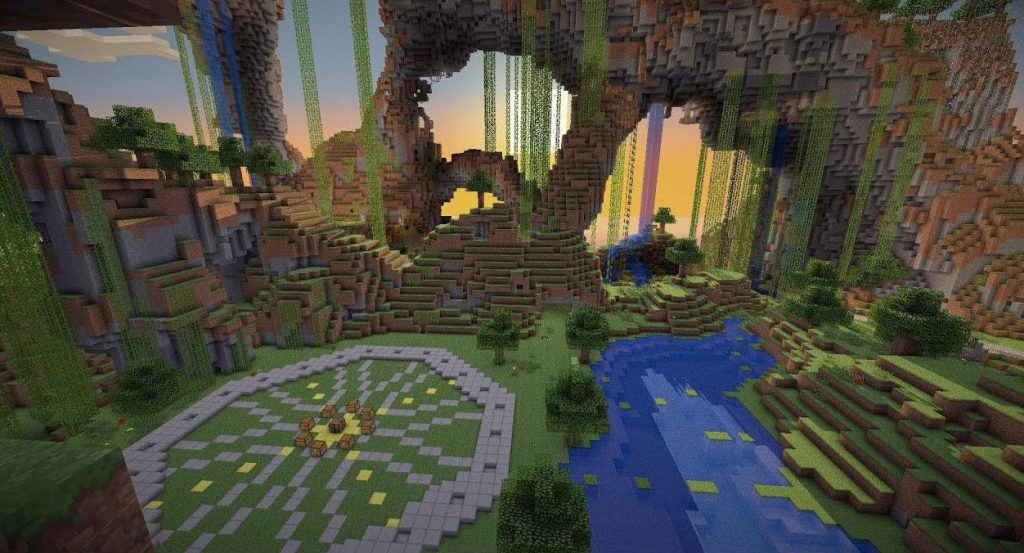 However, not all games have a big map to play on.  The reduction of the playing area in Battle Royale games appeared only in 2013 in a game called ShootMania. At the same time, DayZ gained popularity. It was a modification in the spirit of the survival simulator for tactical shooter ArmA 2. While the ArmA 2 game simulated military action with specific orders and combat missions, DayZ provided players with an open world and a single goal; to survive as long as possible. Although modifications allowed for clashes and battles between players, due to the large size of the virtual world and its constancy, such clashes occurred infrequently. This gave rise to new modifications, in which more dynamism appeared during the game. At the start of  2015, a competitive Survival of the Fittest mode was added to the Ark: Survival Evolved survival simulator, supporting up to 72 players. In Survival of the Fittest, players battle each other in a gradually diminishing territory. In 2016, this mode was separated from Ark itself: Survival Evolved into a standalone game. But later re-combined with it for ease of development.

Arma III and the start of PUBG

The popularization of the Royal battle as a genre of computer games associated with the name of the Australian game designer Brendan Green. Inspired by the concept of the novel and the film of the same name, he designed the rules of the Battle Royale initially as a modification of ArmA II: DayZ, and later transferred it to the ArmA III engine.

Subsequently, Green was invited as a consultant to work on the game mode H1Z1, after released as a separate game called H1Z1: King of the Kill. Afterward,  Green went to work for the Korean company Bluehole Studio, which proposed to create a new big game in the genre of  “Battle Royale” as Green sees and represents it.

Released in 2017, Playerunknown’s Battlegrounds has gained immense popularity. It was something new for us. A hundred players in one game? An 8-kilometer map? Of course, we all have instincts. And in this game, we satisfy several. The desire to compete, to win. Since ancient times, we have watched people die for the entertainment of others. Unlike Arma, it was obvious the game was designed to be a Battle Royale. Naturally, this opened up more opportunities than in Arma. For all this was all new, everyone wanted to play it. It did not interfere with even the fact that you had to buy the game in order to play it. It’s incredibly addictive and fun game mode was all that was needed for gaming sites and word of mouth to spread fast across the globe.

Epic Games Answers with its own Battle Royale

Epic Games released Fortnite, a cooperative survival game in early access, soon with the release of Battlegrounds. Fortnite publishers became interested in the new genre and decided to support it in their product and by September 2017 released a free Fortnite Battle Royale. It combined some elements of survival and mechanics from the main game Fortnite with the concept of the gameplay Battle Royale. Fortnite will go down as the first successful game in the history of battle royale games.

In 2018, Fortnite Battle Royale surpassed Battlegrounds in revenue due to its free-to-play business model and cross-platform support, as well as accessibility for all players. Battlegrounds Creator Brendan green attributed the development of the battle royale genre to him. The number of new players increased even further after Tyler’s stream of “Ninja” Blevins with Drake, Juju Smith-Schuster and Travis Scott, who were broadcasting for their audience on Twitch.

The game brought together a total of 45 million players in January and 3.4 million simultaneous players in February. Polygon called it” the biggest game of 2018 “and”a true cultural phenomenon.” In 2018, Fortnite Battle Royale surpassed Battlegrounds in revenue due to its free-to-play business model and cross-platform support, as well as accessibility for all players.

With the success of Battlegrounds and Fortnite, the Battle Royale genre expanded significantly. Major publishers, including Electronic Arts, Activision, and Ubisoft recognized the influence of the growing genre and told their future plans; and they want to be part of the successful history of Battle Royale. For Activision, Call of Duty was added battle mode called “Blackout.” Many other games caught the wave of hype and decided to create their Royal games: Dota 2, CS:GO, GTA V. Now begins the time of Apex Legends.

But the future of this genre may be in question. For example: in October 2017, the Chinese Association of publishers of audio, video and digital products released a statement that does not approve of games in the genre of the Royal battle, their development and sale for several reasons. The games of this genre are too bloody and full of violence, their design in the spirit of gladiatorial combat is contrary to Chinese values and ethics, and such games can negatively affect young people. Let’s hope that in the future we will also be able to play the games we want. As more games enter the scene, the History of Battle Royale will be updated. How To Play Aruni in Rainbow Six Siege