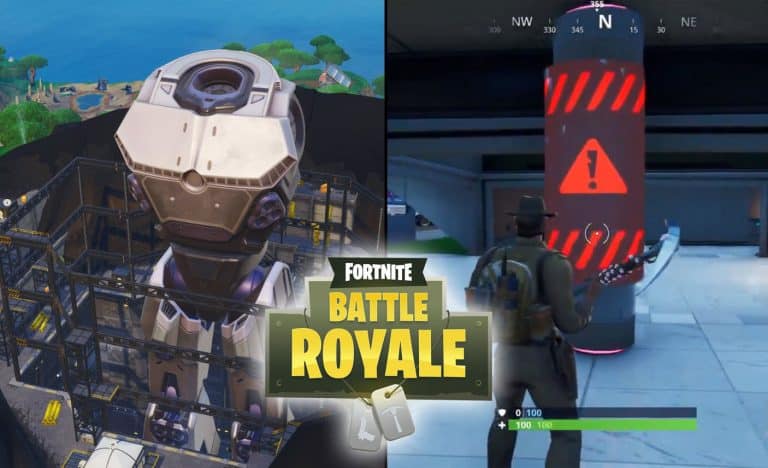 The Robot in the Pressure Plant looks huge, and Fortnite Season 10 theories are starting to circle around given what’s happening in the Fortnite map.

Fortnite Battle Royale Season 9 is not over yet, and we have seen many changes to the map since the beginning. Throughout all 9 seasons, we’ve seen many events that have altered the map in some way, and it definitely looks completely different now than what it looked like in 2017. However, despite these changes, Fortnite players always asked for changes on the map. However, we are coming closer to Season 10 every day, and some of the fans are already coming up with Season 10 theories. These theories regarding this season surround a Giant Robot at Pressure Plant.

The Robot is still in the building process. Recently we saw its torso attached, and there are posters all around the map. These posters are warning players. Here’s a clip of these posters:

PROPAGANDA Posters are now playing across the Fortnite map, a warning Is also attached! pic.twitter.com/3nNheNFjDE

Torso is now visible in game!

The Robot is gigantic and a first for Fortnite. The players are also considering what this Giant Robot will do to the map. How about the Giant Robot and the Monster at Polar Peak fight? Ironically, Fortnite seems to be taking a page out of the Apex Legends playbook; since most of us know they implemented giant Leviathan Creatures on the map.

These theories regarding Season 10 are exciting. However, a fight between the Giant Robot and the Monster will wreak havoc around the map. The sheer scale of both Giant Robot and The Monster is already frightening. The season 10 theories are stating that The Robot and The Monster will fight and this will destroy the map irreparably (like in Apex Legends). Therefore we will get a new map. We do hope that this is true. Even though players enjoy this map the time has come for a new map. One of the biggest Fortnite players in the world, Tfue, has expressed that he wants to have a new Fortnite map since the current one is bad. If there was a dramatic change in the Fortnite night, Season 10 would be perfect to do so since it’s definitely a milestone number. 5 CS:GO Weapons You Should Never Buy