After a big CS:GO update this past March, CS:GO pro players started using Shotguns more often. Now, buying Shotguns can really pay off in certain situations and that’s why it became part of Meta. In this article, you can read how to use Shotguns in CS:GO.

Why Shotguns became part of Meta?

Back in the day, Shotguns were not as used as today. Some players used to buy these guns in force-buy rounds, but those were very rare. Simply, Shotguns cost a lot of money and players could spend that money in a much better way. For the same amount of money, players could buy a decent SMG that is more versatile. Whereas Shotguns are situational weapons, SMGs could be used in a variety of ways. Hence, it didn’t make sense to buy expensive Shotguns instead of SMGs. But, after the big update in March this year, this changed drastically.

The prices of Nova, Sawed-Off, and MAG-7 dropped down to $1,050, $1,100, and $1,300. As the kill award of all these guns is $900, one kill can return almost all the invested money. Given that those guns are mainly used in force-buy rounds, this is a huge benefit of using Shotguns. Therefore, players started using these guns more often. Then, they realized how to use Shotguns in the best possible way, so these guns found their place in CS:GO Meta.

A comparison of shotguns

There are four different Shotguns in CS:GO, and each has its own specifications. Although they are all very similar, there are some small distinctions that can help you to decide which Shotgun you are going to use.

Two Shotguns are common for CT and T side and those are Nova and XM1014. The third Shotgun is different. CTs can use only MAG-7 and Ts can use only Sawed-Off. Let’s see what is the difference between all these guns and which one you should use.

Nova is the cheapest Shotgun in CS:GO. It costs only $1050, which makes it the cheapest gun on both CT and T side. It has the most rounds per magazine (8), but the slowest fire rate (68 RPM), although MAG-7 and Sawed-Off have just a slightly bigger fire rate (71 RPM). When you hold Nova in your hands it reduces your movement speed by 12%. Among all Shotguns, only Sawed-Off reduces the movement more.  Sawed-Off is also the only weapon with a smaller accurate range than Nova. However, the accurate range of all Shotguns is very small, so those differences are almost irrelevant.

When it comes to damage and armor penetration, Nova is the worst Shotgun by far. While the headshot when the opponent doesn’t have a helmet is lethal, a headshot when the opponent does have a helmet inflicts only 56 damage, which is too low. The other shots inflict even less damage, which actually makes Nova pretty useless weapon. Even though it’s the cheapest one, there are much better options for both CT and T side than Nova.

MAG-7 is a very characteristic Shotgun for many reasons. First of all, it’s available only for the CT side. It costs slightly more than its T-side equivalent, Sawed-Off. If you want to buy MAG-7, you need to spend $1,300, which is more money than you need for two SMGs, UMP and MP9. However, there are reasons why MAG-7 is slightly more expensive than Sawed-Off and Nova. First of all, it has the shortest reload time (only 2.4 seconds). Second of all, it’s more mobile than Nova and Sawed-Off as it has the best movement speed.

Additionally, MAG-7 has a longer accurate range and it’s CT weapon, and all CT weapons are more expensive than T weapons. MAG-7 delivers much more damage than Nova and slightly less than Sawed-Off. The headshot against the opponent with the helmet is not lethal, but it puts the opponent on just 10 HP. The only downside of MAG-7 is a smaller magazine considering it has only 5 rounds per magazine. Anyway, the size of Shotguns magazine rarely makes a difference in the game because of the nature of Shotgun and the playstyle they require. Hence, MAG-7 is definitely worth buying it.

Sawed-Off costs only $1,100 and it’s the best Shotgun when it comes to inflicting damage. However, it has its downsides. First of all, it’s the least mobile Shotgun, which is kind of unusual, as T side would definitely benefit more from mobility than from damage. It also takes the most time for reloading (3.2 seconds). It used to have a miserably short range, but the update from March improved it a lot. Therefore, Sawed-Off became a much more useful weapon, but it’s still questionable if T side can benefit from using Shotguns.

XM1014 is the most expensive Shotgun by far. This Shotgun, also known as Auto Shotgun, costs $2,000, which makes it not so affordable. A very small number of players decide to buy XM1014 as they can spend this money in a much better way. But we still can see some aggressive players purchasing this expensive gun. It has the best fire rate (171 RPM) among all Shotguns, and the best movement speed (240 units). The reload time is relatively low (2.8 seconds), and accurate range is decent. Thus, this gun is all about mobility.

The damage that XM1014 delivers is not great. In comparison to earlier versions of CS, XM1014 is pretty harmless in CS:GO. The headshot against unarmored opponents inflicts just 80 damage, which makes XM1014 the only Shotgun that cannot take down a player instantly after one shot. Apparently, the damage against armored opponents is even smaller.

Therefore, you shouldn’t use this gun unless you are Shotgun expert and you really know how to use Shotguns in CS:GO. Otherwise, XM1014 is just too expensive and you should spend that money in a better way.

When and how to use Shotguns?

As said, Shotguns are very situational guns because of their nature. You shouldn’t use these guns in normal rounds, although some professional CS:GO players tend to buy Shotguns if they don’t have money for the best weapons. Also, it doesn’t really make sense to buy these guns on T side. Despite the fact that you perhaps know how to use Shotguns, they are pretty useless on the T side. Here is why.

Shotguns are meant to be used in close range fights. Therefore, they are perfect for CTs who are in a position to play short angles and close corners. They can just sit and wait for Ts to run into their crosshair. But, while CTs can choose in which type of combat they are going to engage, Ts can’t. T side has to be prepared to face CTs in close, mid and long-range gunfights. Considering that  Shotguns cannot challenge SMGs and Riffles in those kinds of situations, they don’t really have a purpose on the T side.

Furthermore, Shotguns are about the high-risk, high-reward approach. If you miss the first shot, the opponent with SMG or Riffle can easily take you down because of the better fire rate. So, if you can buy Riffles, you should, because they will help you to be more consistent throughout the entire game. You should buy Shotguns only in force-buy and half-buy rounds. In those situations, you can’t lose much and you can get a ton of money from Shotgun kills.

What mistakes you must avoid with Shotguns

There is a couple of things you just must not do if you use Shotguns. First of all, you mustn’t engage in long-range gunfights whatsoever. No matter if your crosshair is in perfect position and line-up with opponent’s head, you just will not hit him. The probability that you will hit a player in long-range combat with Shotgun is almost none. If you have to challenge players in long-range fights, use your pistol. It’s undoubtedly more accurate than Shotgun.

Another thing you want to avoid is spamming through smoke or wall. When you use Shotgun, you should try to keep a low profile until you get a clear chance to shoot some players. Having an element of surprise can be crucial for Shotgun players. If your opponents know that you use Shotgun, they can easily exploit that and abuse all downsides of Shotguns.

Another big mistake that many players make is that they become too greedy after the first kill. They either decide to get aggressive and go for more kills or to go and pick up the Riffle of a dead player. If you already hold a good position with Shotgun, keep doing it. Don’t expose yourself to unnecessary risks. Only when you are sure that there is no one around you, go and pick up that Riffle.

Positions to play with Shotgun 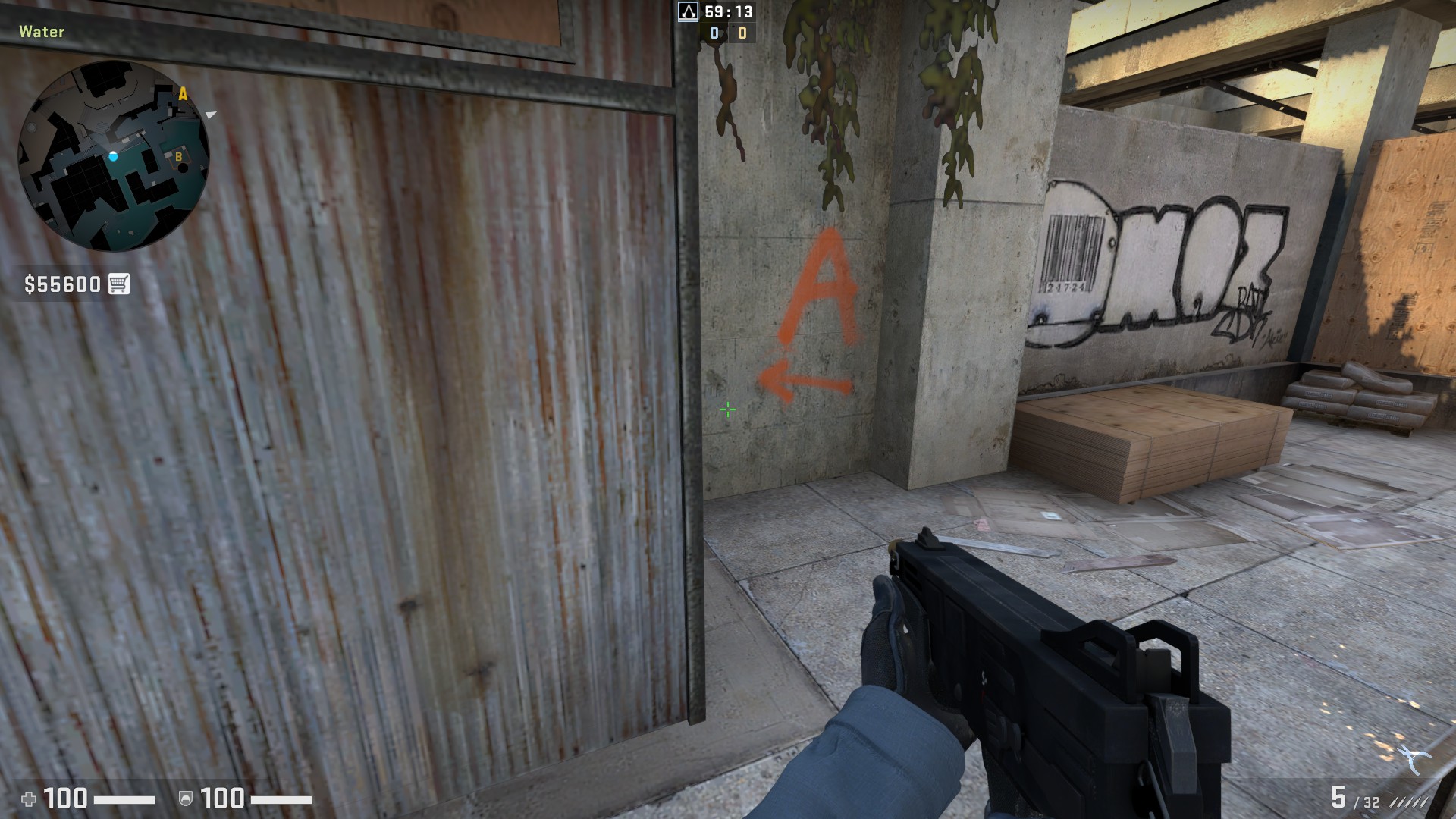 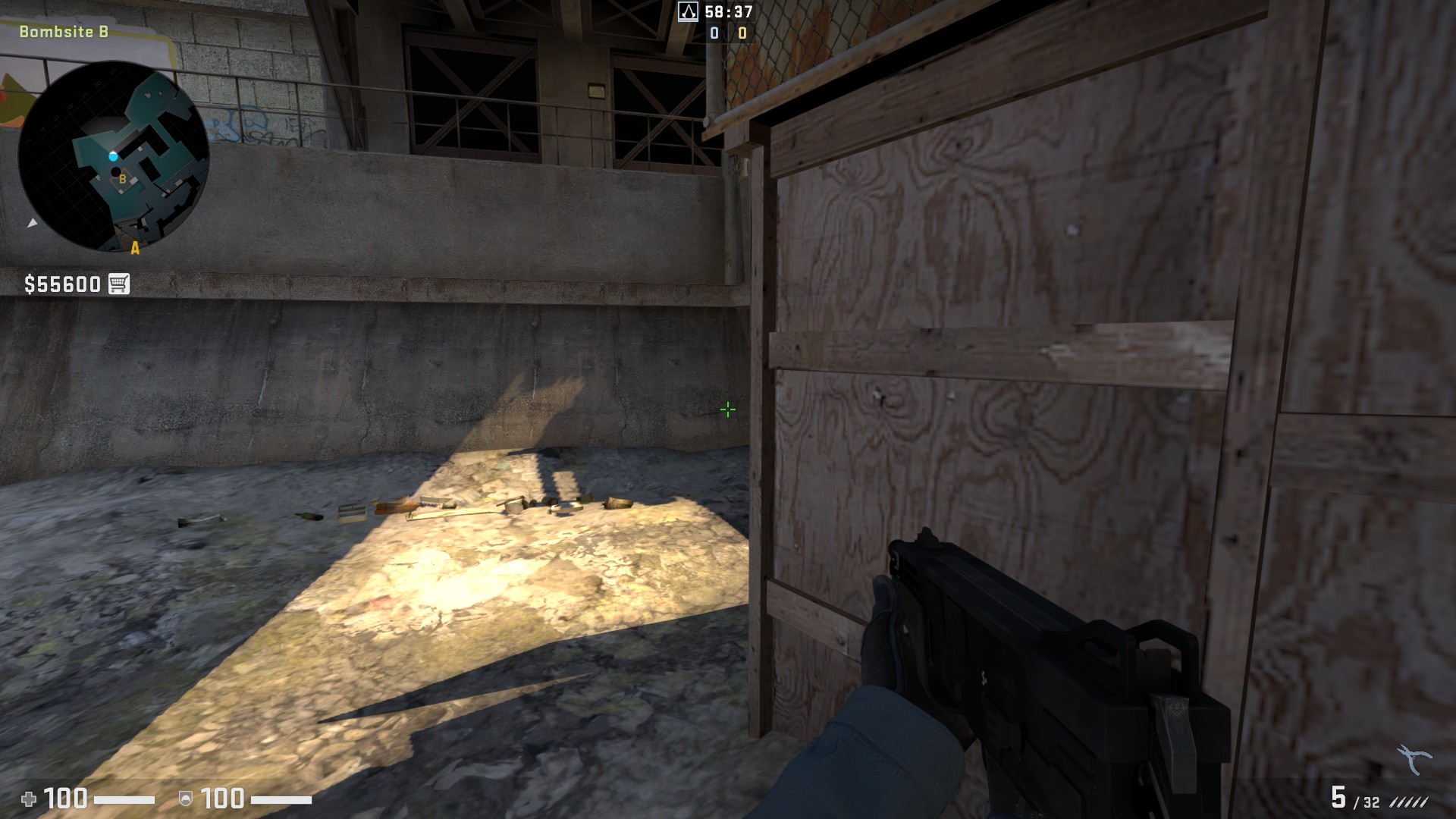 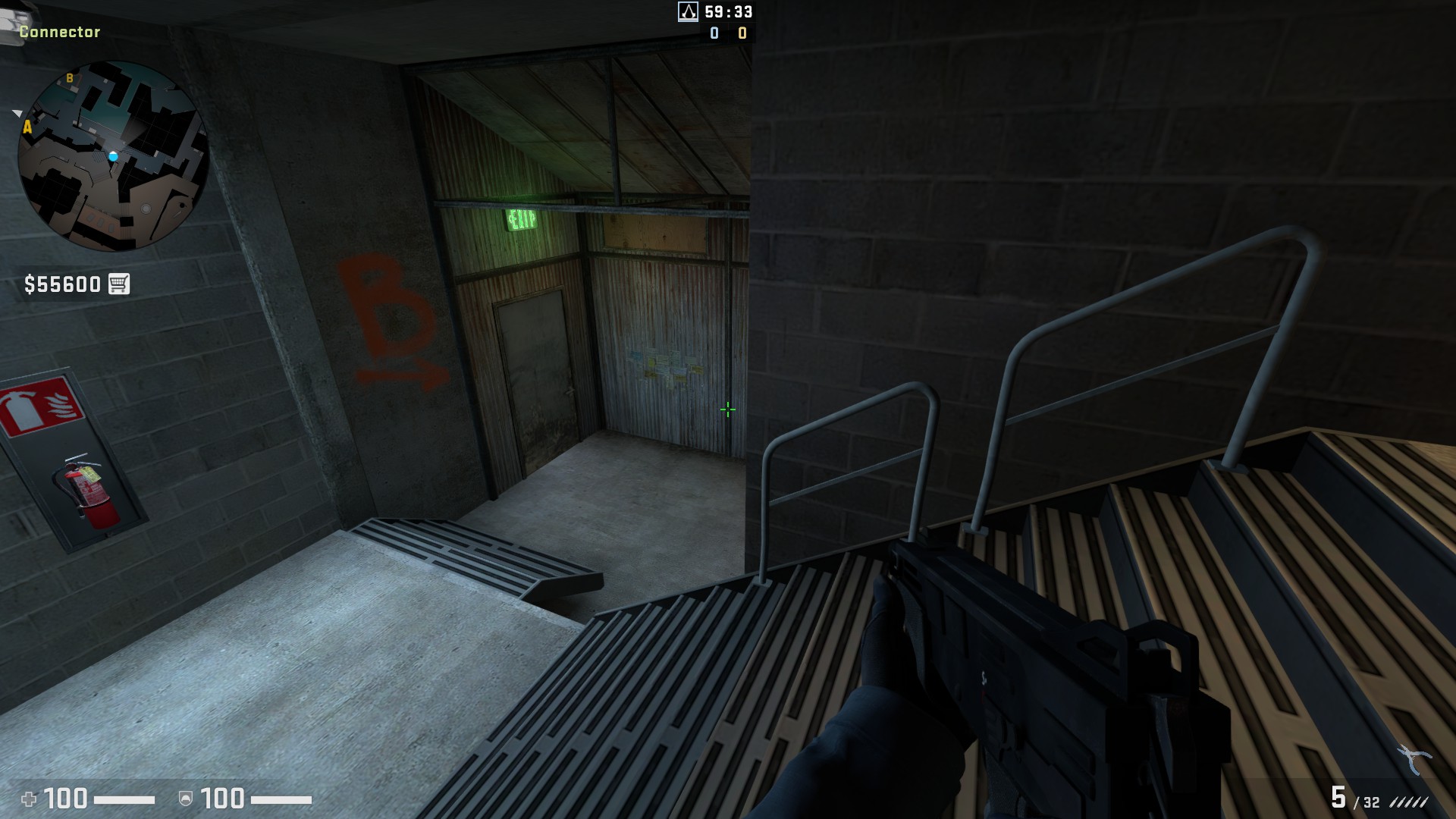 Because of many close angles, you can play with Shotguns on many different positions on Vertigo, especially on B site. 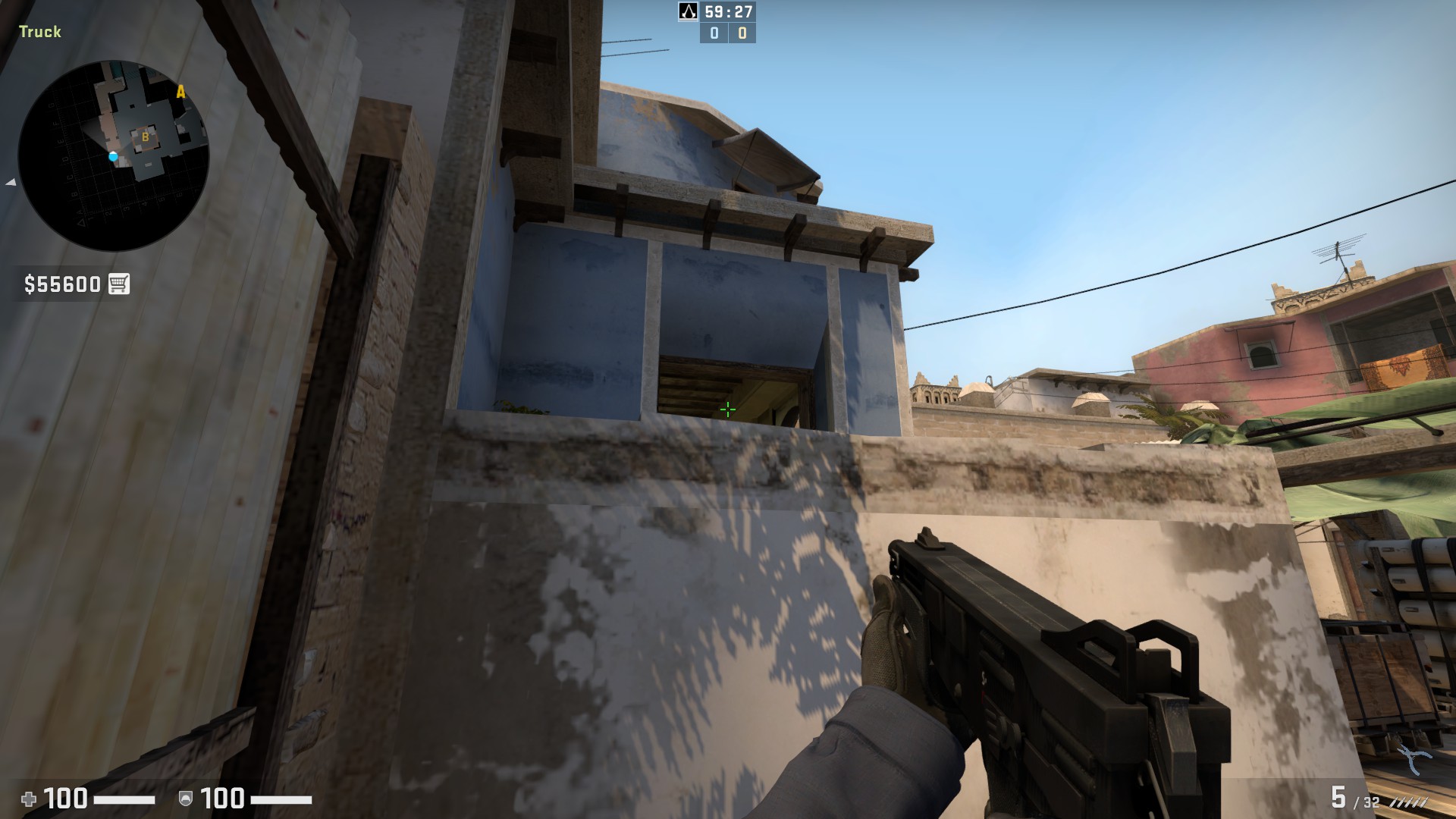 Like Vertigo, Train also has a number of positions that you can play with Shotguns. It’s up to you to choose the position you feel the most comfortable in. 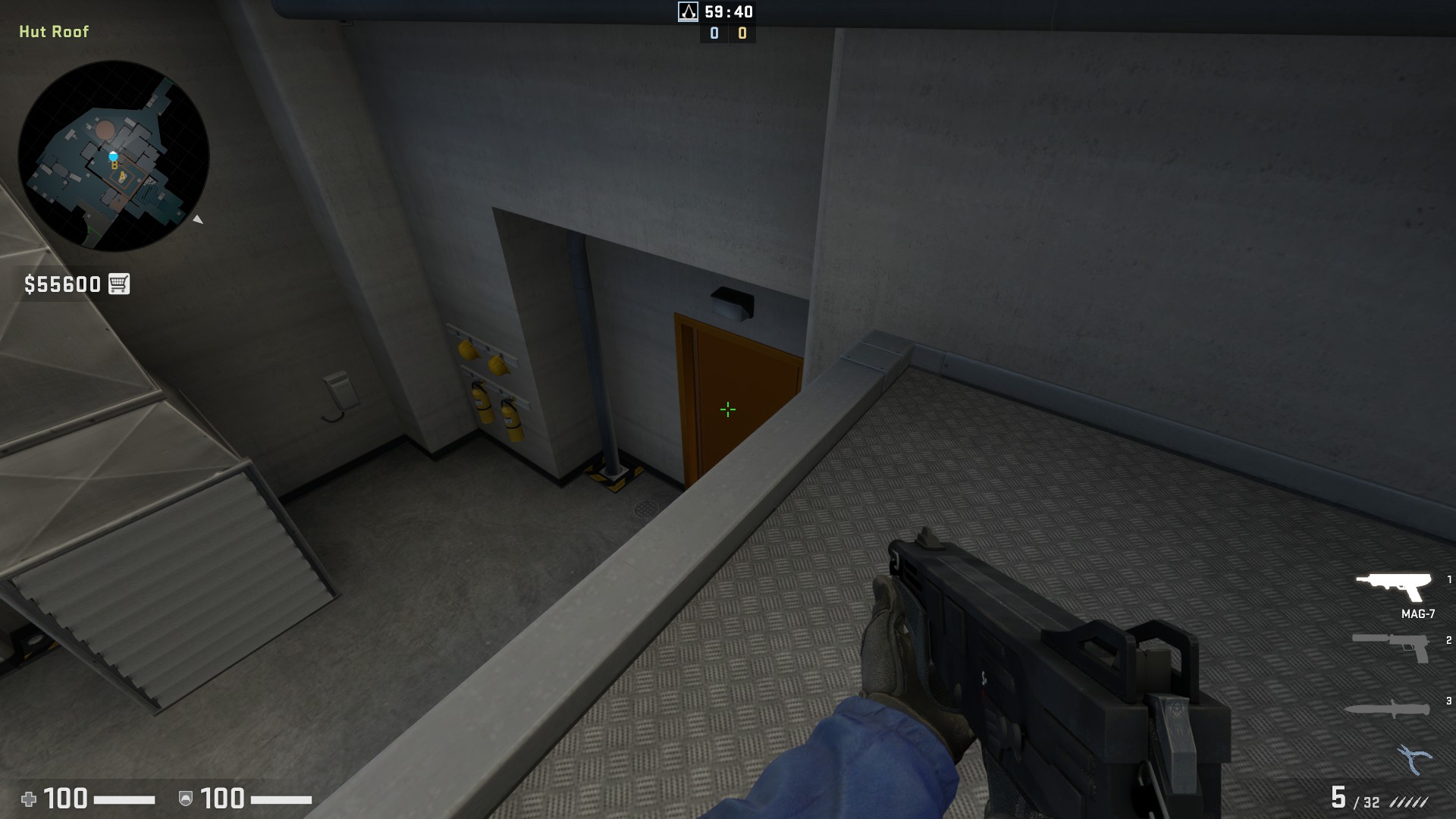 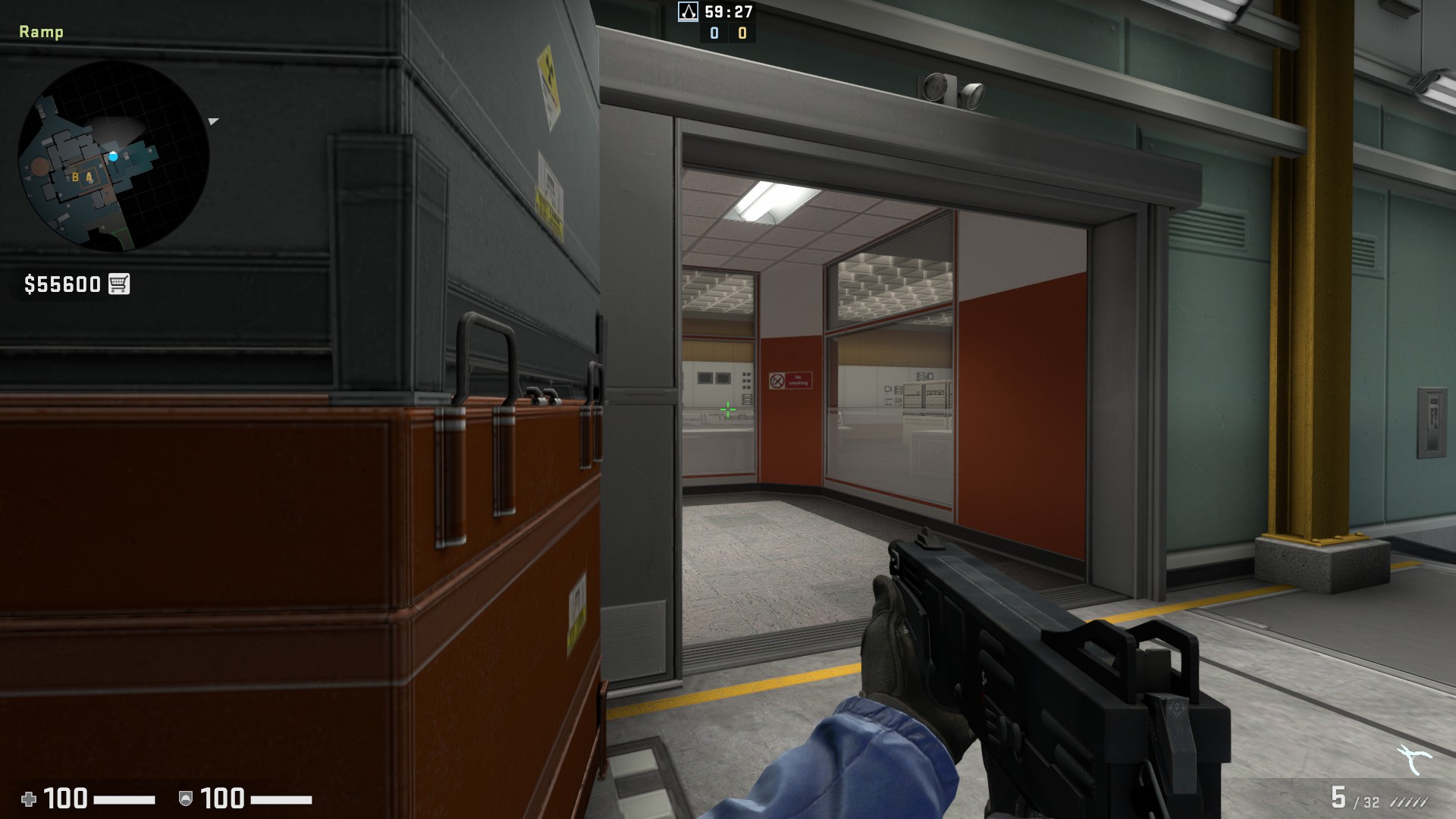 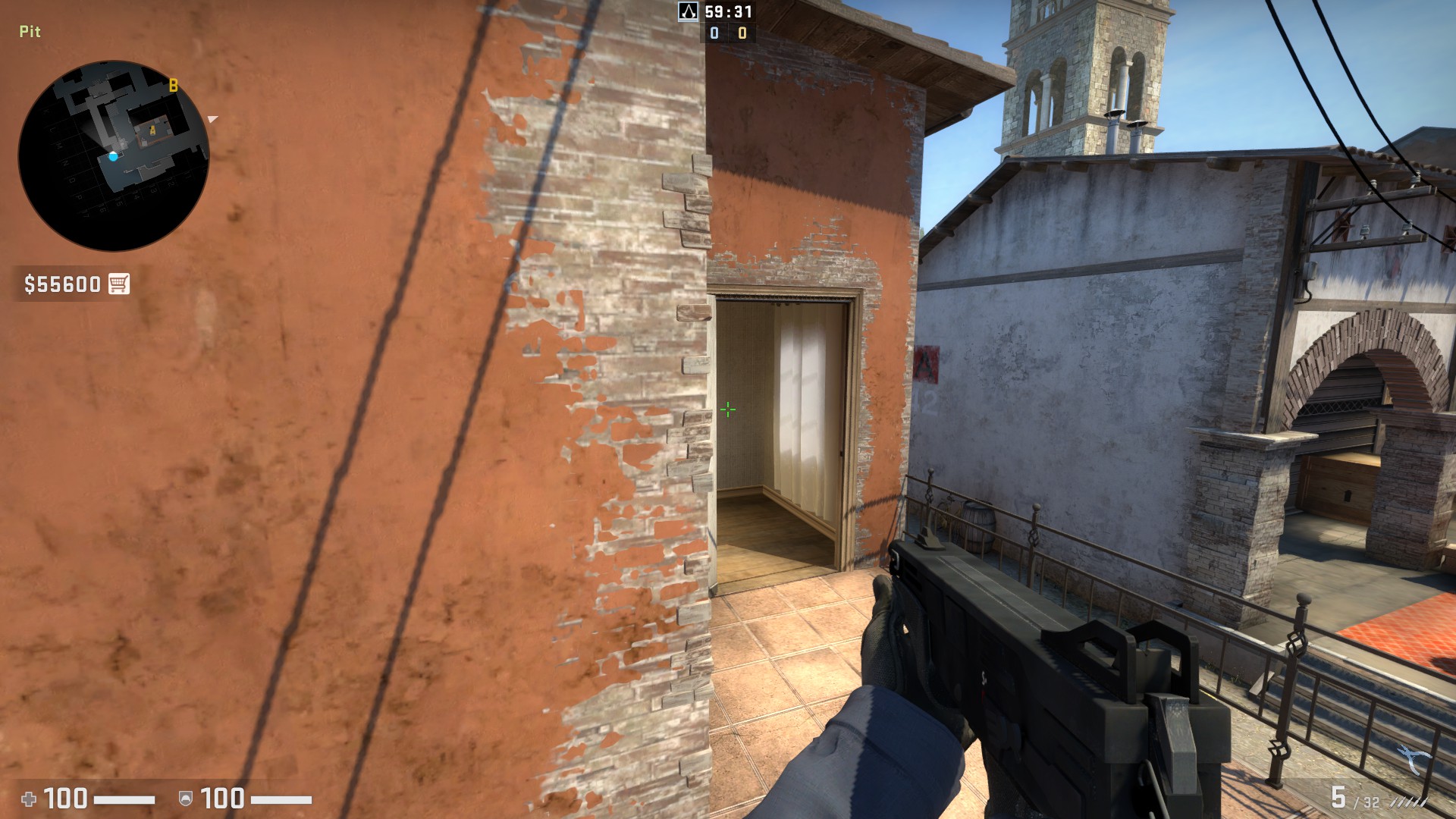 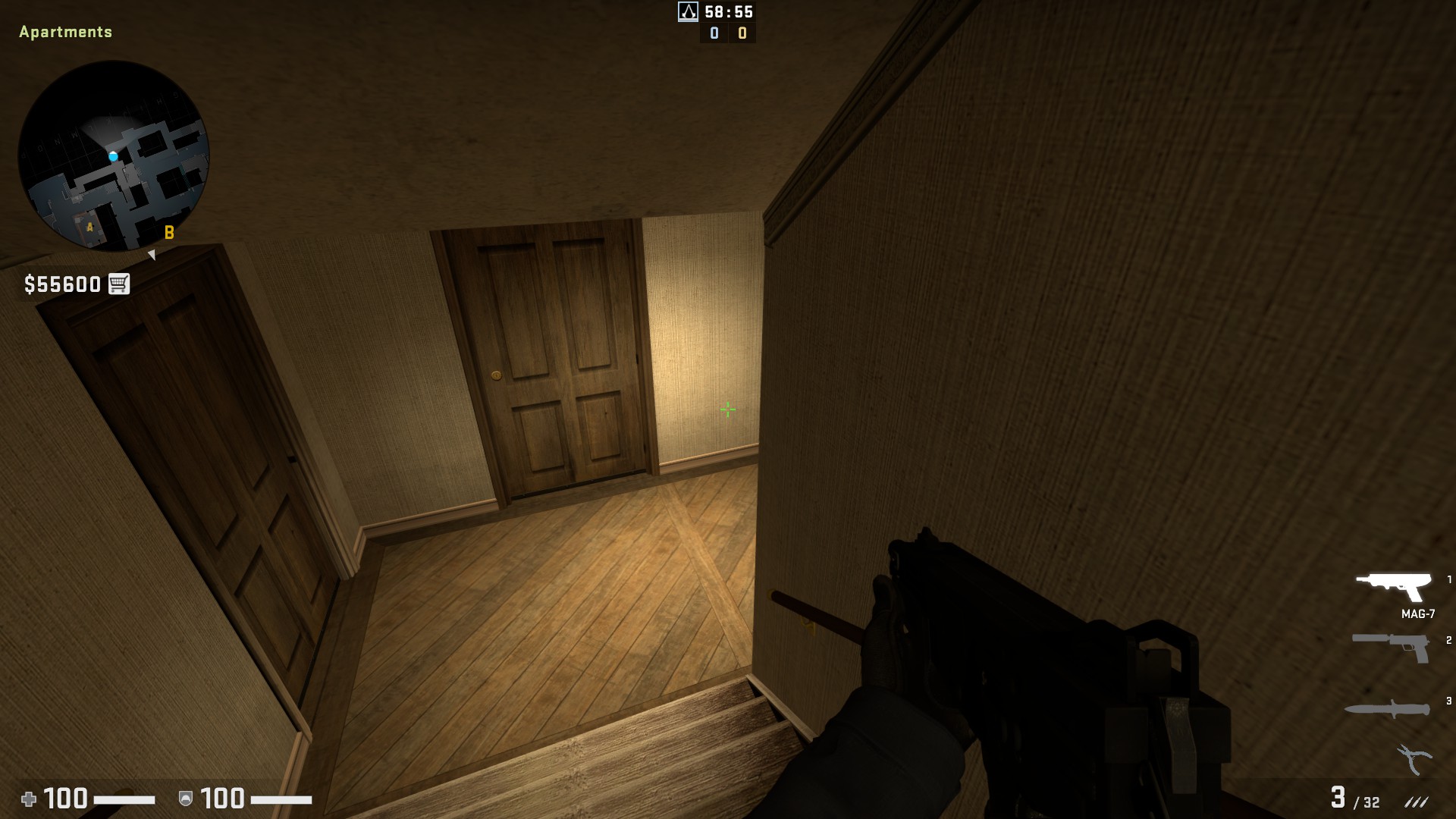 How To Complete The Fortnite Water Balloon Challenge