In this article, we’re going to take a look at the Apex Black Market that no one is talking about, and how a lot of players are using it to get ahead.

Apex Legends has risen to fame once again with the introduction of the Wattson character in season 2, a revamped King’s Canyon Map, and of course, the juiced-up Light Ammo weapons like the P2020, the Alternators Disrupter Rounds and Hammerpoint attachments. We’re also introduced to a new Ranked League that’s a lot of fun, but also frustrating. This is where the dark side of Apex Legends comes in, and how other frustrated players seek to get ahead.

Hint Of A Black Market

Ranked League is a chance for you to show off your pro-level skill by climbing the ranks all the way to Apex Predator. If you’re a solo gamer, good luck achieving that. As you move up the tiers, the competition gets more fierce, and you’ll be playing against a lot of stacked parties, campers, tacticians and so on. As you move up tiers, you’ll have higher RP (Entry Points) to use to play in that tier so for example:

Following me so far?

If you die right away with no kills, you lose 4 RP points and drop down in the tier from example 724 to 720. If you’re in the Top 10, you get 2 RP automatically. As you can see, it’s going to take a lot of game time, skill, and determination to move up, and even with all 3, you might only stay at Platinum if you’re playing solo.

This Is Where The Black Market Comes In 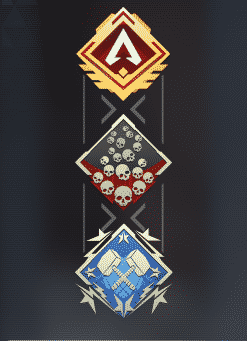 Just like Apex Predator is the new shiny badge to chase, so is the 20 kill badge and the 4k badge. If you’re playing on console, you know getting even 10 kills is quite the challenge, and 2700 game points come once in a blue moon. If you’re in a stacked party, have the game where you’re just in every position to make your Longbow shots, you get the last few shots in for the kill and maybe you’ll get close to getting those badges. For the majority of gamers, they’ll never achieve it for many reasons; lack of skill isn’t necessarily one of them. So the desire to accomplish those tasks and get those badges or Apex Predator Rank has created an underground ecosystem of boosters, cheaters, and a way to buy your way to Apex Predator and any other badge you want.

Pay For Your Rank and Stats 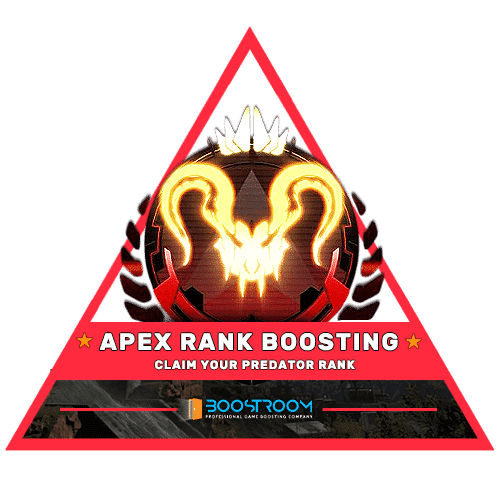 One site called boostroom caters to this demand of high-status stats in online multiplayer. They state that they can get you “All the loot without lifting a finger“. If you go to their Apex Legends section and want to get to Apex Legends rank, but currently are at Bronze IV. That’s going to push you back $3000 USD. Quite the hefty price tag. How do they do it? There are several methods, and for console one popular way is having multiple consoles, a few accomplices, and the boosting is achieved this way by mixing characters around like Lifeline to heal and revive while you’re knocking the other players down for high points. For kills, these boosters utilize the “respawn beacons” across the map. Once you kill 2 members of their squad, the death box badges are collected and respawned at the next beacon. I won’t go into more details, but boosting across different games are the same. Multiple accounts/consoles, and an understanding of the game and how to exploit it.

This does rely on the fact that you need to land in secluded areas and away from the action so it may take a few times before you can do it, and likely in the regular game mode as Ranked League would be much harder. 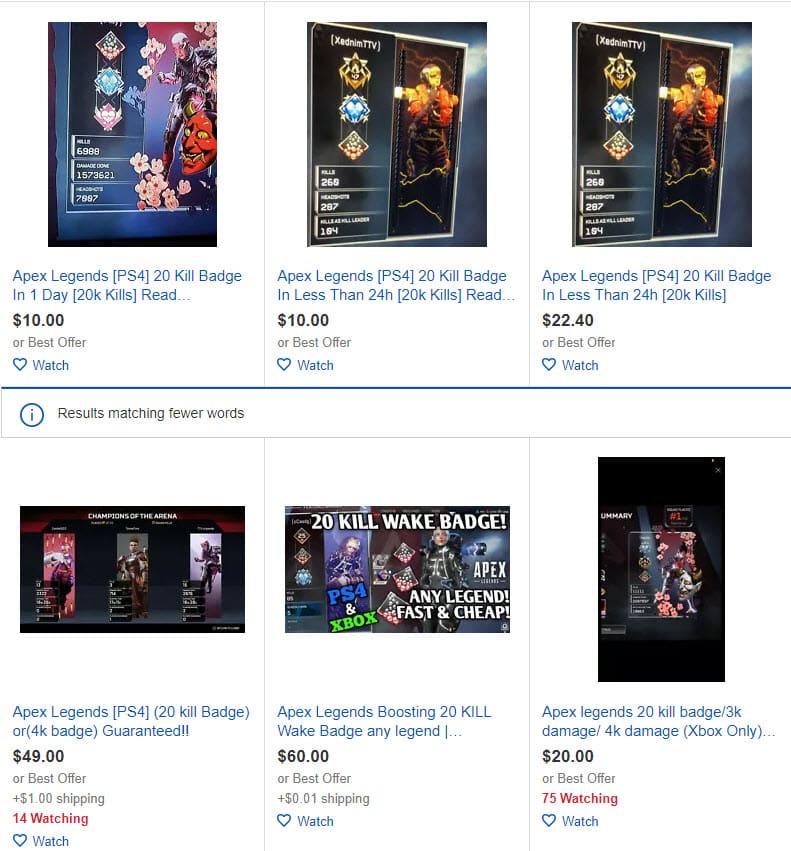 Is $3000 too much? It certainly is. If you do a simple eBay search for Apex Legends 20 kill badge, or Apex legends Predator, you’ll have multiple sellers offering you those badges at around $100-$200 for the Predator rank, and about $15-$50 for the badges. There are Discord groups, Reddit groups, and other underground communities that probably offer these services for cheaper, but it’s there, and it’s not going away. Respawn has done a good job of taking care of legitimate in-game hackers and cheaters, but they have yet to find a way to deal with booster cheaters or gamers who use moded controllers like the strike pack.

Facts are important, and accusing someone of cheating or boosting without evidence is not a good idea as they will always deny it,  for example, they will say something around the lines of:

“I don’t know what you’re talking about, but thanks for the compliment if you think I’m that good that I cheated 🙂” – Apex Cheater

One can argue that someone with those badges at a low prestige like 0-300 might have boosted versus someone at 500-1000 prestige would make sense, but you can’t really tell because if someone is boosting, naturally their prestige will go up as well. You could look at the overall time played also, but the best thing to do is just go on about your business and keep playing. How can you tell if someone is using a strike pack? Well if you’ve played 5000+ games, you will have a general idea of the flow of the game, how recoil is natural, and how you’re getting hit by certain weapons. So for experienced gamers in Apex Legends who play a lot, they’ll know when something is off from the usual gameplay.

If you encounter someone who you suspect cheated, you can report the cheater here.

*The views expressed in this article are those of the author The Most Common Mistakes In CS:GO